This will be the last post on this blog. If you are reading this and I thankyou if you are, I have not posted regularly on here for quite some time and it kinda makes sense. I started this blog back in 2011 as a way to share my thoughts on music but i just have not had time to write and spend time on the blog for the last year or so. Lets be honest i was not the world's best writer but I sure had fun sharing my musical thoughts and getting comments from you. But fear not, as i will still post regularly on my tumblr site.

Just some facts before I go:
You can see which countries viewed my blog below. BIG in Slovenia - WHO KNEW?


Thanks for reading and feel free to get in touch with me via http://vinylluver.tumblr.com/
Posted by PhillipR at 6:52 PM No comments:

One of the most anticipated re-unions of the year is MKS - MutyaKeishaSiobhan (orginal gals from the Sugababes)  have just dropped their first video - FLATLINE. The song has received mixed reviews but I kind of like it. Its not got BIG HIT DANCE ANTHEM written all over it. Its more MELODIC COOL UNDERSTATED POP which I love! The Video was shot in LA LA LAND and has a great summer vibe. The single is officially out on 15 September 2013. Check it out below. 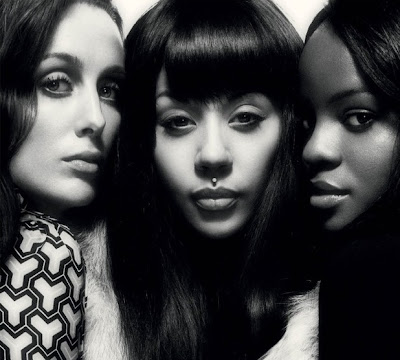 The great vinylluver ebay sale (well its not that great really)

I am selling some things on ebay and if channel 9 can cross-promote tv shows like no tomorrow - I don't see why little bloggers like me can't! its a mixture of stuff that has been sitting in my spare room for ages, so its time to have a little sale. 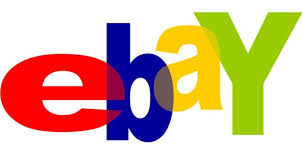 Posted by PhillipR at 2:03 PM No comments:

Just discovered this ultra pop happy Scottish band called CHVRCHES and they have this FAB pop song called GUN which is out on 14 July. Check it out below.

CHVRCHES formed in 2011 and are from Glasgow. The group consists of Lauren Mayberry (lead vocals, additional synthesizers), Iain Cook (synthesizers, guitar, vocals), and Martin Doherty (synthesizers, vocals). They released an EP in March of this year called RECOVER. The band are really a synth-pop dream and I personally cannot wait for their longplayer THE BONES OF WHAT YOU BELIEVE to drop on 23/24 September UK/Rest of the World. The band are also supporting DEPECHE MODE on some of their tour dates.

The band are coming to Australia in early August and their 2 Sydney shows are SOLD OUT. If anyone has a spare ticket please let me know - I'll give you an arm in exchange!

Album of the Year (well quite possibly)

Sorry for the radio silence but I dropped my laptop and didn't feel like blogging from my iphone!
In the last few months I have been listening to Tegan and Sara's HEARTHTHROB album non-stop. I saw them live in April at the Sydney Opera House and they were so cool. This album is POP BLISS, there are no other words for it. It is my album of the year (so far). THAT IS ALL! 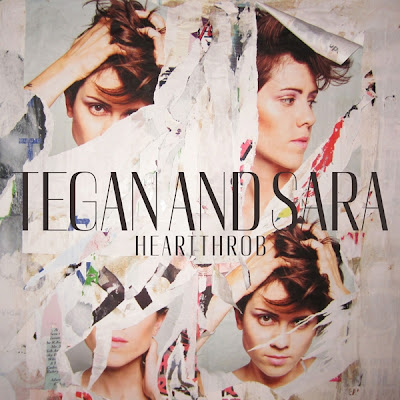 Posted by PhillipR at 9:29 PM No comments:

Nick Rhodes gets the Polaroid Camera out for BEI INCUBI

My favourite popstar Nick Rhodes has got his Polaroid Camera out for a new exhibition in London titled 'Bei Incubi' or 'Beautiful Nightmares'. The exhibition features 20 polaroids and will coincide with the release of his TVMANIA project. Nick released a book of abstract polaroids titled 'Interference' back in 1984. 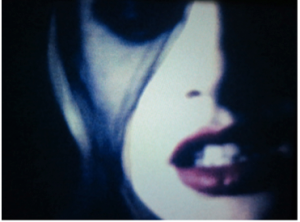 Read the press release on the Duran Duran website.

The exhibition will open at the Vinyl Factory Chelsea, 91 Walton St, London SW3, UK from the 8 March to 5 April 2013.
Posted by PhillipR at 8:52 PM No comments:

Duran Duran side project TVMANIA to see light of day

TV Mania’s ‘Bored With Prozac and The Internet?’, the project conceived in the mid-’90s by Duran Duran’s keyboardist Nick Rhodes and guitarist Warren Cuccurullo will be released on 11 March 2013.
Recently discovered deep within the Duran Duran vaults, these 11 tracks were constructed by blending television samples and looping rhythm tracks to create a sonically sophisticated collection of songs that now serve as the perfect backdrop for the frenetic energy and atmosphere of today’s digital age. Shortly after Nick and Warren completed the final mixes, the original tapes were stored and the project was temporarily shelved as other priorities took hold. The intention was always to find the time between Duran Duran project cycles to go back and release the project - perhaps around some anniversary of the project’s inception.  Although they discussed it often over the years, it wasn’t until recently when going through material at an out-of-town storage facility, to digitize old masters that were held there, Rhodes discovered the original TV Mania tapes misfiled, and he decided they were long overdue for a release.
On March 11, 2013, the TV Mania project will finally see the light of day on vinyl and a limited edition box set through The Vinyl Factory and digitally via The Orchard/Beatport.
Produced by TV Mania (Rhodes and Cuccurullo), Mark Tinley and Anthony J Resta, and mixed by Bob St. John, Bored With Prozac and The Internet? is a conceptual soundtrack for what the duo imagined as a  “bizarre TV cyber soap opera,” about a family who gives away their freedom to scientists in exchange for a Hi-tech modern lifestyle and reality show fame.  “We were envisioning a world where a family would give up their day-to-day privacy and allow their existence to be televised to the masses, and this was two years before the film, The Truman Show and four years before Survivor,” said Cuccurullo. “Now everyone is giving away their most intimate details online and on reality TV.”
At the time of the album’s creation, the Internet was in its infancy and reality TV only existed in the form of MTV’s hit show The Real World.  Back then, the TV shows we indulge in today could only be imagined as pure science fiction. Aside from reality TV, the album also explores a broad range of other modern themes, including virtual shopping, surveillance, pharmaceutical drugs, fashion, film, fame and faith. All of which are now ubiquitous in our society, but mostly were not then.
“When I found the master recordings, I thought ‘Wow, this sounds unbelievably contemporary’” said Rhodes.  “When we put them up on the system, it was not only a great surprise, given what we had thought their fate was, but it was also literally like finding a painting and blowing the dust off of it.  Times have certainly changed since we made the record, but the subject matter that inspired this album happens to be at the forefront of today’s world, so the songs have weathered the test of time in a strangely beautiful way.”
The Vinyl Factory will release both limited Boxed and Gatefold editions of Bored With Prozac and The Internet?  In addition to the vinyl featured in the gatefold, the limited edition boxed set will also include exclusive Polaroid photographs shot and signed by Nick Rhodes, screen printed artwork, a personally authored note by Warren Cuccurullo, and an oversized glossy booklet featuring exclusive imagery. The Vinyl Factory collaborates with musicians and artists to create premium vinyl editions. In 2012 the label released records by artists including Florence + the Machine, Roxy Music, Massive Attack, David Byrne and Martin Creed.
The tracks from the album “Beautiful Clothes”, “Euphoria”, and “I Wanna Make Films” have recently been remixed by the likes of MNDR, The New Sins, Philip Mossman from DFA, Monikker and MSTMX, and will be released digitally via Beatport in the coming month.
Track Listing:
To Pre-Order and for additional information:
Posted by PhillipR at 8:07 PM No comments:

Sorry for the radio silence but I'm obsessed with Tumblr

My New Years resolution has completely failed and that was me writing at least 1 blog post a week. It also doesn't help that I have become obsessed with TUMBLR of late. Its my new favourite Social Media website of late. You can follow me as surprise surprise VINYLLUVER.

Today is the Sydney Mardi Gras parade. Last year I did a long post about it. This year it is very much a subdued affair but I shall be venturing out with Brettystar to soak up the atmosphere (thats if we don't get scared by the rain).

This year the City of Sydney have painted a RAINBOW (go figure) across Oxford St, in the heart of gay Sydney and it seems to have caused some controversy. The photo is below. I kind of love it and think they should keep it. Happy Mardi Gras from Sydney!!!!! 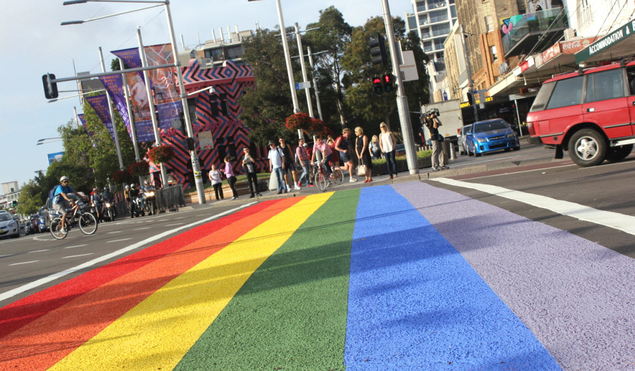 Posted by PhillipR at 2:12 PM No comments: