Every year, I compile my top 10 songs of the year. I have done this since 2007. Its just about all i can manage at this time of year in the way of lists, what with the Christmas shopping and the card writing and the ginger bread making. I really enjoy contemplating the music which i have listened to and reminiscing about the year that has been. I don't usually list songs in order but this year there has been a standout track which is my Number 1. All other songs are in random order. 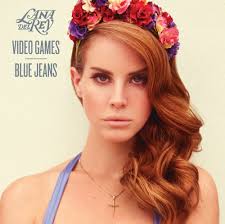 1. Adele - Someone Like You. Song of the Year, Artist of the Year/Decade, Album of the Year, Lyric of the year. I mean it was all about Adele in 2011. This song features my best lyric of the year 'Only yesterday, was the time of our lives, we were born and raised in a summer haze. Bound by the surprise of our glory days." This was song was on REPEAT all year!
2. Duran Duran - The Man who Stole the Leopard. This was my favourite track on All You Need is Now. I think the reason i love this song is that it seemed to be the sequel to The Chauffeur (another of my fave Duran songs) from the Rio album. EPIC
3. Nicola Roberts - Lucky Day. I am a man who loves POP and for me this is like TRIPLE XXX POP PORN! The most underrated song in 2011. Not even on the radar in Australia unfortunately. I also have a spare copy of this on 7inch. If anyone wants it let me know.
4. Beth Ditto - Open Heart Surgery. I bought Beth's ep not thinking anything amazing would be on it and this track is just ACE!
5. Strange Talk - Climbing Walls. First Australian act and a new band who i hope will be releasing their debut album in 2012. I discovered this watching Rage one Saturday morning (the last bastion of Saturday music television) and just love the 80's pop feel of this song.
6. Gotye (featuring Kimbra) - Somebody that I used to know. This was song of the year in Australia. Local act does good and sells truckloads and stays at number 1 for weeks on end!
7. The Saturdays - All Fired Up. This is my dance song of the year. I heard this via youtube as the band are like non-existent in Australia. Its a great club song. If only i had the opportunity to dance to it!
8. Metronomy - The Bay. Have you seen the video to this song? Stop reading this and google it now! A great summer track even though i heard it in winter.
9.Nicki Minaj - Super Bass. The best chorus and because i danced to this song about 5 times at the party of the year (Ellis Parrinder's 40th birthday)!
10. Lana Del Ray - Video Games. Late entrant for me. Amazing song from the amazing Lana!

There were many other artists who came close to making the top 10. The runners-up were Lykke Li, Sophie Ellis Bextor, Washington, Beyonce, Dolly Parton, Friendly Fires and Oh Mercy.
Posted by PhillipR at 4:24 PM